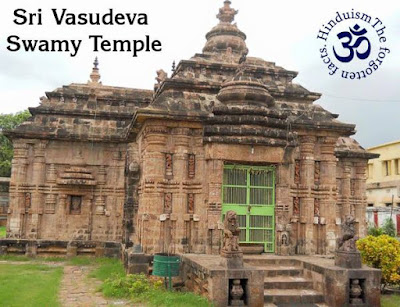 Mandasa is a village and a Mandal in Srikakulam district, Andhra Pradesh, India. This town is near the highest peak of Eastern Ghats, Mahendragiri of Odisha state, from which there is a view of the Bay of Bengal.
Historic Importance of Mandasa village

Approximately in 1200 AD, Raja Vaman Singh Deo, from North gave up his kingdom to his uncle and came to the Mahindra Hills for penance and established the territory of Manjusha. The local legend says that he had a vision while he was doing penance. His vision indicated that he would receive a signal as to where he can establish his kingdom. At that moment a gold ring slipped from his finger and fell into the river. It was found downstream at a place and Kingdom of Manjusha was established there. The river still flows and its name is “Suna Muddi” which means Golden Ring.
Manjusha was at first in Ganjam District of Madras Presidency and then it became a part of Vizag District of Madras Presidency. Later it came into Srikakulam District. Lord Vasudev is the presiding Divinity of Manjusha.
Brief History of Temple
Lord Sriyah Pathi, Srimannarayana, an embodiment of auspicious qualities with no trace of any flaws, an ocean of compassion, is gracing his Devotees along with his Devi in the Deity form as ‘Parava:sude:va’, receiving the worship of his devotees in Mandasa in Sri:ka:kulam mandalam.
In the lunar year of “Pramo:da”, in the month of “Ma:rgasi:rsha”, on the day of Krushna Dwadasi, Vrushchika Lagna, Wednesday, in 1744 AD, the temple was consecrated by the lunar dynasty heir Sri Hari Hara Rajamani. The temple which was once patronized by kings and reigned supreme lost all its grandeur in due time. In the later years it became impossible even to maintain the temple with daily worship and rituals.
The temple established by the rulers and later maintained by the trustees came into the hands of the Endowments department and was being well managed. But unfortunately it slowly lost all its lands income, fame and remained in ruins.
Posted by Pradeep Singh at 8:49 AM