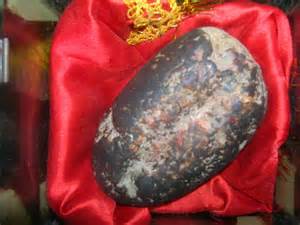 Mamleshwar Temple is the ancient srine of 'Lord Shiva'. Legends speak of Pandavas had built this temple , during their exile period. This temple is renouned for its enormous wooden carved pillars and metal /stone statues of divinities. Few significant attractions of this temple are;
-- Single grain of wheat , weighing 250 gms
-- A temple drum ,6 ft long. As per legend this drum was played by 'Bhima' ( one of the Pandava
brothers).It is known as ' Bhil ka dhol '


Mamleshwar Mahadev Temple:- Another temple that is situated in the Karsog valley is Mamleshwar Mahadev Temple Mamel. Main thing about this temple is that their is a statue of lord Shiva & Parvati in this temple & in other Temple Lord Shiva Statue is in the form of Shiv Ling, but in this temple its different. One more thing is that, this statue is made up of metal whose name is Asht Dhatu. This Temple was made by Pandav’s of Mahabharat, while they were in their exile period. In the temple you can see the ropes of Pandav’s ancient time, the artwork on woods and stones. 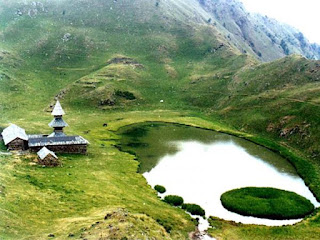 The temple have a great value local people and others life. So you can receive people always in the temple compound. It is easy to reach this temple from the Local Karsog Bustand. Malel is 4km far from karsog.  Apart from that huge sized rope there is an another thing which you may not see anywhere in the world is an grain of wheat whose weight is NEAR ABOUT 150 GRAM ! You may be thinking its Unbelievable well believe it. Because its true. This  Grain came in to eye during Excavation work in Temple Premises of  Lord Shiva Named as Mamleshwar mahadev In Tehsil Karsog Of Distt. mandi (H.P.) 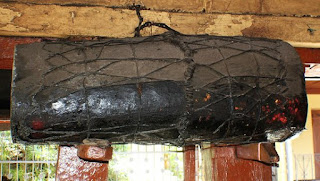 Local People relate this grain to the Exile period  of PANDAV’s in Mahabharat. They also beleive that this temple of Lord Shiva was also made by the PANDAV’S.
Well ! Old saying are Part. But we have to beleive which is in front of our eyes. I Belive it  & you will also start believing in  it after visiting this Place.  Here you can see an picture of that religious grain

Karsog is an beautiful valley near Tattapani and is popular for its temples, nature and local culture. Karsog is amidst enormous orchards of apples and dense hilly woods of deodars and pines located in the Mandi district of Himachal Pradesh. The Karsog valley is fully furnished with latest facilities, like hotels,  roads,  High Speed Internets, and Transport. The place is becoming popular and attraction of tourist day by day.
Other attractions of famous valley are- 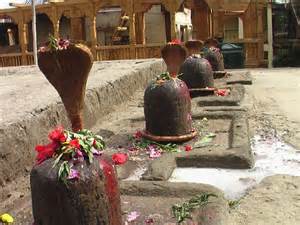 Shikari Devi temple:- Shikari Devi Temple is also an amazing place in Karsog Valley with beautiful view of pine, deodar woods and apple orchards. The Shikari Devi Temple is positioned at a height of 3300m (10827 FT) above see level. It is extremely difficult to trek up to the Shikari Devi Temple. The old temple and Goddess is believed to be in existence from the time of the Pandavas. According to the myth, there will be no snowfall on the top of temple and snow never stays there. The Snow covered mountains and trekking fun make the visits of Shikari so memorable. People can reach Shikari Devi  by cars, cabs from Karsog, or Sanarali. It is about 18 km way where you chase deep deodar trees. You can track this place by foot too. The best place to start tracking is Bakhroat, Chindi, and Shanker Dehra. All the places are in state highway 13 Shimla to Karsog exept Shanker Dehra. You can reach Shanker dehara by public trasport or cabs. Its 10km away from Karsog.


Mahmaya Temple Pangana :- Pangna is an open village in the Karsog valley and is popular for its ethereal beauty. The main attraction here is the historical Pangana Fort, which is famous for its architecture and wooden carvings. This is a seven storied high which was made entirely from wood and stone and still retains its old charm. There is also a Mahmaya temple inside the fort, which received pilgrims from the nearby areas. The temple is also an main public attraction is small Pangana village. 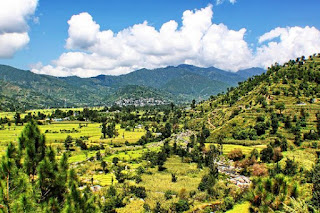 Mahunag mandir Karsog Sundernagar mandi Himachal Pradesh
Mul Mahon Nag :-  Mahu Nag Devta is the main deity of old Suket estate (now became Sundernagar). The Dev Mahu Nag Fair is held in the Mandi District of Himachal Pradesh in the month of April every year. It is an event where all religious devtas and devi’s makes for wonderful combination. This annual fair attracts a good number of devotees and tourists visiting the Mahu Nag Temple on main Sanskranti Day. A Big amount of Visitors keep visiting Mahunag Temple almost every month in year.
Mahunag temple is in Mahu village of Karsog subdivision of Mandi district, which is more than 100 km from Sundernagar valley , 23km from karsog and 100km from Shimla. The temple is dedicated to lord Karna and locally it is known as Devta Mahunag. The surrounding nature around Mahunag temple is full of deodar and chid trees, You can see the apple trees as well.


Shiva Caves Saroor Tattapani:- Shiva Cave is 3.5 kms from Tattapani. Shiva cave has its religious value so that the festival of shivraatri is celebrated here with great enthusiasm every year. This is full of stalagtites and stalagmites. There are two ways to reach this beautiful place i.e. 10 mins by vehicle or around 450 well maid stair steps. This is a perfect place for fishing, swimming and picnic.

Posted by Pradeep Singh at 4:01 AM