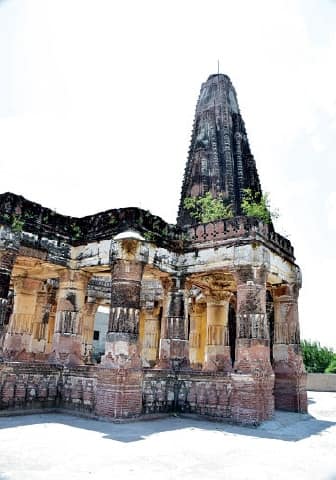 SIALKOT: Centuries-old Shawala Teja Singh temple is crumbling and needs preservation.
The temple, located in city’s congested Dhaarowal locality, is more than 1,000 years old, according to the book ‘History of Sialkot’ by the late Rashid Niaz.
Local residents said the temple had become a haven for addicts.
The temple is located on a dune along Allama Iqbal Road and one has to climb up staircases to reach the building.
In 2014, the tehsil municipal administration established a family park around the temple at the cost of Rs5 million.
Though the park remains full of families in the evening, the temple is under the occupation of addicts.
A mob had damaged the temple, including the tombs, in 1992 while protesting the demolition of Babari Mosque in India.
The Hindus of Sialkot stopped visiting the temple after the mob attack.Local Hindu leaders Rattan Laal, former District Council member, and Rumaish Kumar have urged the government to ensure the early repairing of the crumbling building of Shawala Teja Singh temple. 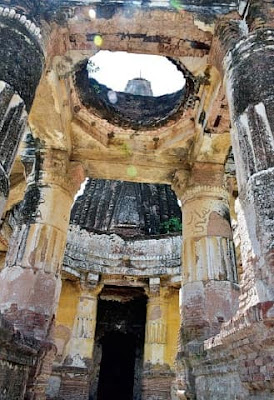 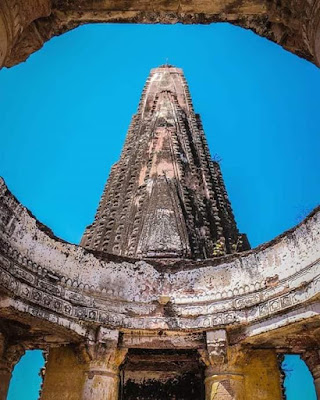 Posted by Pradeep Singh at 4:20 PM