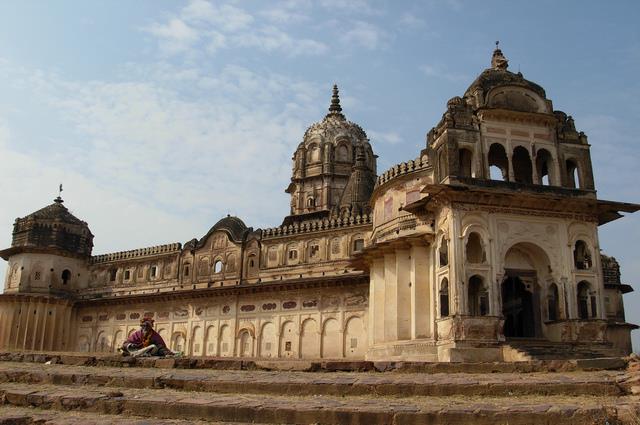 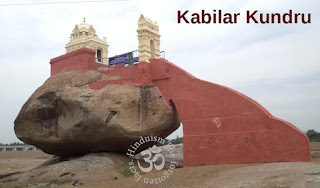 It is known for Tamil poet Kapilar did Vadakirrutal (fast unto death) here, after his friend Vēl Pāri killed in a battle. It is one of the protected monuments in Tamil Nadu by the Archaeological Survey of India.

East of the Tirukoilur has the Siva Temple situated on the banks of River Pennar. Near to the temple on the banks of the river, there exists Kabilar(Saint) Kundru (tiny mountain).

Lord Shiva took various forms(incarnations) to destroy evil and establish justice, of which eight Avatars(forms) are very famous and Tirukoilur is one of them.

Kapilar was refliterature Sangam poet. He was a contemporary of Karikala Chola, Irunkōvēl and Vēl Pāri. He was the close friend and confidant of Vēl Pāri, one of the Vēlir kings. He was born in Thiruvadhavur in the Pandyan Kingdom. Initially a poet at the Pandyan court, he would leave at an early age and show his talent at various places before finally ending up at the court of Vel Pari.Kapilar would hear about the generosity and virtue of Vēl Pāri, a powerful Vēlir King who ruled over Parambu nādu, a heavily fortified kingdom that comprised about 300 villages, and pay him a visit. They would go on to become the thickest of friends. He would be his confidant and stay with Vēl Pāri until the latter's last breath.

During this period the three crowned Tamil kings were in the process of expanding their empires and turned the independent Velir chiefs into sub-ordinates or eliminated them. When the three crowned Kings besiege the kingdom of Parambu, Vēl Pāri a warrior like no other will refuse to bow and face them head on. Kapilar would sing some of the most notable poems in praise of his patron during this time. In the end, Vēl Pāri would finally be killed by treachery after defying them for years.

Kapilar, a true friend, would then take the two daughters (Angavai & Sangavai) of Vēl Pāri and go in search of appropriate grooms. He would knock on the doors of the other Vēlir kings and unsuccessfully plead with each before finally giving up. He would be let down each time as the other Vēls would fear retribution from the 3 crowned kings. The most notable of these encounters is when he sings to Irunkōvēl and the latter would throw an insult and shut the door on the great poet. He would finally leave the two princesses in the care of Brahmins.

The death of his friend will affect him so greatly that he would perform vadakirrutal, one of the Tamil acts of committing suicide. He would sit facing north and starve himself to death. The place where kabilar committed suicide by starving is now called as Kabilar Kundru.

It is one of the protected monuments in Tamil Nadu by the Archaeological Survey of India.
Posted by Pradeep Singh at 12:12 PM No comments:


Scene from the Ramayana sculpted on the Wall of Amrutesvara temple at Amruthapura 67 km north of Chikmagalur town in the Chikkamagaluru district of the Karnataka state, India.

Posted by Pradeep Singh at 8:31 PM No comments:

An amazing temple in India.
Meenakshi Amman Temple (also called: Meenakshi Sundareswarar Temple, Tiru-aalavaai and Meenakshi Amman Kovil) is a historic Hindu temple located on the southern bank of the Vaigai River] in the temple city of Madurai, Tamil Nadu, India. It is dedicated to Parvati, known as Meenakshi, and her consort, Shiva, here named Sundareswarar. The temple forms the heart and lifeline of the 2,500 year old city of Madurai and is a significant symbol for the Tamil people, mentioned since antiquity in Tamil literature though the present structure was built between 1623 and 1655 CE. It houses 14 gopurams (gateway towers), ranging from 45–50m in height. The tallest is the southern tower, 51.9 metres (170 ft) high, and two golden sculptured vimanas, the shrines over the garbhagrihas (sanctums) of the main deities. The temple attracts 15,000 visitors a day, around 25,000 on Fridays, and receives an annual revenue of sixty millionINR. There are an estimated 33,000 sculptures in the temple.

Meenakshi (IAST Mīnākṣī Tamil மீனாட்சி) is an avatar of the Hindu goddess Parvati - the consort of Shiva, one of the few Hindu female deities to have a major temple devoted to her. The name "Mīnachchi" means fish-eyed and is derived from the words "mīna" meaning fish and "akṣi" meaning eyes. The lady goddess Meenakshi is the principal deity of the temple, not Sundareswarar, unlike most Shiva temples in South India where Shiva is the principal deity. According to Hindu legend, in order to answer the prayers of the second Pandya king Malayadwaja Pandya and his wife Kanchanamalai, Parvati appeared out of the holy fire of the Putra Kameshti Yagna (sacrifice for childhood) performed by the king. According to another legend, the goddess herself gave notice to Kanchanamalai in one of her previous births that Kanchanamalai would have the privilege of mothering the goddess. The happy king named the girl "Tadaatagai" and as the heir to the throne, Tadaatagai was trained carefully in all the 64 sastras, the fields of science.
The Meenakshi temple is believed to have been founded by Indra (king of Deva celestial deities) while he was on a pilgrimage to atone for his misdeeds. He felt his burden lifting as he neared the swayambu lingam (self formed lingam, a representation of Shiva used for worship in temples) of Madurai. He ascribed this miracle to the lingam and constructed the temple to enshrine it. Indra worshipped Shiva, who caused golden lotuses to appear in the nearby pool. Tamil literature speaks of the temple over the last two millennia. Thirugnanasambandar, the famous Hindu saint of Saiva philosophy, mentioned this temple as early as the 7th century, and described the deity as Aalavai Iraivan. The temple is believed to have been sacked by the infamous Muslim invader Malik Kafur in 1310 and all the ancient elements were destroyed.
The initiative to rebuild the structure was taken by first Nayak king of Madurai, Viswanatha Nayak (1559–1600) under the supervision of Ariyanatha Mudaliar, the prime minister of the Nayak Dynasty and the founder of the Poligar System. The original design by Vishwanatha Nayak in 1560 was substantially expanded to the current structure during the reign of Thirumalai Nayak (1623–55). He took considerable interest in erecting many complexes inside the temple. His major contributions are the Vasantha Mandapam for celebrating vasanthorsavam (spring festival) and Kilikoondu Mandapam (corridor of parrots). The corridors of the temple tank and Meenatchi Nayakar Mandapam were built by Rani Mangammal.
Wikipedia

Posted by Pradeep Singh at 11:34 AM No comments: