A rare look at the Balamon Cham, one of only two surviving non-Indic indigenous Hindu peoples in the world, with a culture dating back thousands of years

BY VRNDAVAN BRANNON PARKER,
LOS ANGELES
THE CHAM HINDUS OF VIETNAM ARE AN ALMOST FORGOTTEN PEOPLE, remnants of the Cham dynasty which endured in the region now known as central Vietnam from the 7th century well into the 19th. They are 60,000 strong, kept their traditions alive for centuries, far from India’s shores. Builders of cities named Indrapura, Simhapura, Amaravati, Vijaya and Panduranga, these Hindu people and their culture continue to flourish to this day.
While today the Cham are Vietnam’s only surviving Hindus, the nation once harbored some of the world’s most exquisite and vibrant Hindu cultures. The entire region of Southeast Asia, in fact, was home to numerous Hindu kingdoms. The many magnificient temples and artifacts, from Angkor Wat to Prambana, remain as potent testimonials to their splendor and accomplishments. These grand edifices still stand, though the societies around them no longer worship there or practice the lost traditions.
Champa was a formidible Hindu kingdom, renowned for its immense wealth and sophisticated culture. Its major port was Katti­gara. Nearly 2,000 years ago, Claudius Ptolemy wrote of Cattigara and outlined it on his map of the world. Modern scholarship has confirmed Cattigara as the forerunner of Saigon (modern day Ho Chi Minh City).Cattigara was, in fact, the main port at the mouth of the Mekong River, a name derived from Mae Nam Khong, the Mother Water Ganga.
Read more here-
http://vedicempire.com/index.php?option=com_frontpage&Itemid=1
Posted by Pradeep Singh at 10:53 AM No comments:

Posted by Pradeep Singh at 10:47 AM No comments: 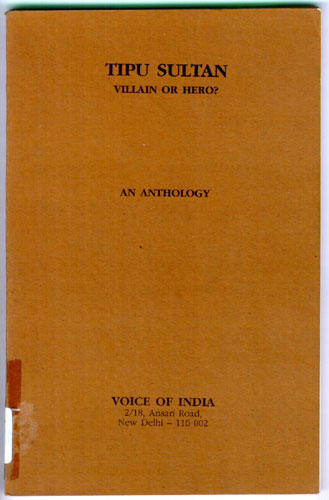 CLICK HERE
Posted by Pradeep Singh at 5:53 PM No comments: 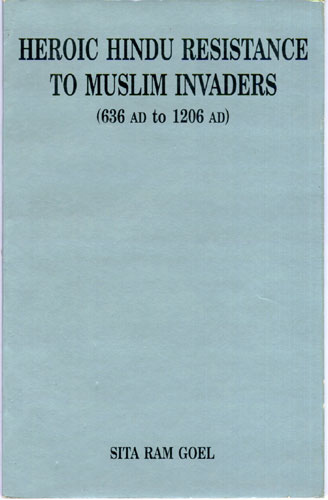 LINK-CLICK HERE
Posted by Pradeep Singh at 5:51 PM No comments: 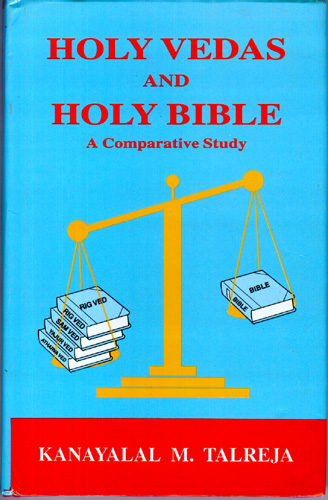 Posted by Pradeep Singh at 5:49 PM No comments:

Email ThisBlogThis!Share to TwitterShare to FacebookShare to Pinterest
Labels: HINDUISM

Posted by Pradeep Singh at 8:41 PM No comments:

Exclusive : Exposing the west
Monothesis propoganda : Make us doubt our own culture!
Key points form Vedas that talk about nature and animals
No violence against animals
No violence in Yajna/Yagya/Yagna
No beef in Vedas
Not only the Vedas are against animal slaughter but also vehemently oppose and prohibit cow slaughter.Yajurveda forbids killing of cows, for they provide energizing food for human beings
The Vedas – the very roots of Hinduism, rather the first source of knowledge on earth – are meant for guiding the actions of human being in order to lead a blissful life.
This slanderous campaign has been unleashed by different vested interests to embarrass Hindus around the world citing specific references from the Vedas.
This also comes handy in convincing poor and illiterate Indians to give up their faith on the grounds that their fundamental holy books – the Vedas – contain all the inhuman elements like denigration of women, meat-eating, polygamy, casteism and above all – beef eating.
The Vedas are also accused of animal sacrifice in sacrificial ceremonies popularly known as the YAJNA. Interestingly a section of home-bred intellectuals claiming to have deep study of ancient India has also come up, who cite references from works of western indologists to prove such unholy content in the Vedas.
Saying that the Vedas permit beef-eating and cow-slaughter amounts to striking a lethal blow to a Hindu’s soul. Respect for cow forms a core tenet of Hinduism. Once you are able to convince him of flaws in the foundation of this core tenet and make him feel guilty, he becomes an easy prey for the predator faiths. There are millions of ill-informed Hindus who are not empowered to counter argue and hence quietly surrender.
The vested interests that malign the Vedas are not confined to foreign and home-bred indologists alone. A certain class among Hindus exploited the rest of the population including the socially and economically weaker sections by forcing them to believe and follow what they said in the name of Vedas or else face the wrath.
All the slanders heaped upon the Vedas can be attributed mainly to the interpretations of commentaries written by Mahidhar, Uvat and Saayan in the medieval times; and to what Vam-margis or the Tantra cult propagated in their books in the name of the Vedas.
In due course the falsehood spread far and wide and they became even more deep rooted when western scholars with their half baked knowledge of Sanskrit transliterated these interpretations of commentaries of Sayan and Mahidhar, in the name of translating the Vedas.
However, they lacked the pre-requisite understanding of Shiksha (Phonetics), Vyakarana (Grammar), Nirukta (Philology), Nighantu (Vocabulary), Chhanda (Prosody), Jyotish (Astronomy), Kalpa and so on that are critical for correct interpretation of the Vedas
Source : agniveer.com
Posted by Pradeep Singh at 8:31 PM No comments:

Email ThisBlogThis!Share to TwitterShare to FacebookShare to Pinterest
Labels: No beef in vedas

J. Robert Oppenheimer,
American nuclear physicist
(1904-1967): "If the radiance of a thousand suns were to burst into the sky, that would be like the splendor of the Mighty One. . . . Now I am become death, the destroyer of worlds.“
Except Indians,all great scientists and great minds are followers and devotees ofHindu Scripts .
Oppenheimer "the father of the atomic bomb" quoting from the Hindu scripture Bhagavad-Gita upon witnessing the mushroom cloud resulting from the detonation of the world’s first atomic bomb in New Mexico, U.S.A., on July 16, 1945.

“Access to the Vedas is the greatest privilege this century may claim over all previous centuries. “
The first atomic explosion as recorded in the world history took place at a remote place near New Mexico in July 16, 1945. This first atomic explosion was done to test the destructive power of an atomic explosion and unleash the theoretical assumptions. And now as usual I’m here to say that prehistoric nuclear explosions were present in ancient India. Though it was not proved, it is believed that atomic explosions might have taken place in India in pre historic period.
Dr. Julius Robert Oppenheimer - Father of atom bomb
The first atomic bomb was detonated by Dr. Julius Robert Oppenheimer on July 16, 1945 in the Trinity test in New Mexico as mentioned earlier. Dr.J.R.Oppenheimer is called the father of the atomic bomb. During the explosion of the first atomic bomb, Oppenheimer quoted several Bhagavad Gita verses from the 11th chapter, such as:
“Death I am, cause of destruction of the worlds…”
Oppenheimer about Bhagavad Gita
He also quotes the Indian Vedas as “The Vedas are the greatest privilege of this century.”
Few days later during a college lecture, a student asked “Was the atomic test at Alamagordo the first nuclear blast?” (The student meant was there any U.S program before Alamagordo?)
Oppenheimer answered: “Yes, In modern times.” (Oppenheimer meant that it was the first one, not counting the ancient nuclear wars of the past)
So, how does Oppenheimer believe about the ancient atomic explosions in India?
In his first year as an graduate at Havard, Oppenheimer was admitted to graduate standing in physics on the basis of independent study. As an undergraduate he never took a class in phyics. In 1933 he learned Sanskrit and met the Indologist Arthur Ryder at Berkely. He read the Gita in Sanskrit. He later developed a keen interest towards the ancient texts of India. Later he cited a visit to India as the most influential thing in his life.
Ancient Indian Vimana
For every theory he gives a quote from Mahabharata or Gita. Once he stated about the ancient Indian texts that “They are not fictional stories. They are history. They speak of flying vimanas. ‘Vimanas’ were real vehicles and the origin of the ‘Aeroplanes’. Great wars were described in the early texts. Weapons could literally level the land like a moving force field.”
About ancient atomic explosions Oppenheimer stated that “In ancient India, we find words for certain measurements of length, one was the distance of light-years and one was the length of the atom. Only a society that possessed nuclear energy would have the need for such words.”
Evidences for ancient atomic warfare around the globe in New York Tribune Newspaper
Historian Kisai Mohan Ganguli says that Indian sacred writings are full of such descriptions which sound like an atomic blast as experienced in Hiroshima and Nagasaki. He says references mention fighting sky chariots and final weapons. An ancient battle is described in the Drona Parva, a section of Mahabharata. “The passage tells of combat where explosions of final weapons decimate entire armies, causing crowds of warriors with steeds and elephants and weapons to be carried away as if they were dry leaves of trees,” says Ganguli.
Consider these verses from the ancient epic Mahabharata, “A single projectile charged with all the power of the universe. An incandescent column of smoke and flame as bright as the thousand suns rose in its entire splendor. A perpendicular explosion with its billowing smoke clouds. The cloud of smoke rising after its explosion formed into expanding round circles like the opening of giant parasols. It was unknown weapon, an ironic thunderbolt, A gigantic messenger of death, which reduced to ashes. The
Devasting Power of a Nuclear Bomb
entire race of the Virshins and the Andhakas were destroyed. The corpses were so burned as to be unrecognizable. The hair and nails fell out, pottery broke without apparent cause,And the birds turned white. After a few hours all foodstuffs were infected. To escape from this fire the soldiers threw themselves in streams to wash themselves and their equipment.” Until the bombing of Hiroshima and Nagasaki, modern mankind could not imagine any weapon as horrible and devasting as tose described in ancient Indian texts. Yet they very accurately described the effects of atomic explosion which is not possible unless they have experienced a similar one those days. Radioactive poisoning will make hair and nails fall out. Immersing oneself in water gives some respite, though it is not a cure.
Excavations at Harappa
Other evidences were obtained during the excavations at Harappa and Mohenjo-Daro. These excavations discovered skeletons scattered about the cities, many holding hands and sprawling in streets as if some instant, horrible doom had taken place. People were just lying, unburied, in the streets of the city. Excavations down to the street level revealed 44 scattered skeletons, as if doom had come so suddenly they could not get to their houses. All the skeletons were flattened to the ground. A father, mother and child were found flattered in the street, face down and still holding hands. And these skeletons are thousands of years old, even by traditional archeological standards. What could cause such a thing? Why did the bodies get decay or eaten by wild animals? Furthermore, there is no apparent cause of physically violent death.
These skeletons are among the most radioactive ever found on par with those at Hiroshima and Nagasaki.
Posted by Pradeep Singh at 8:27 PM No comments: