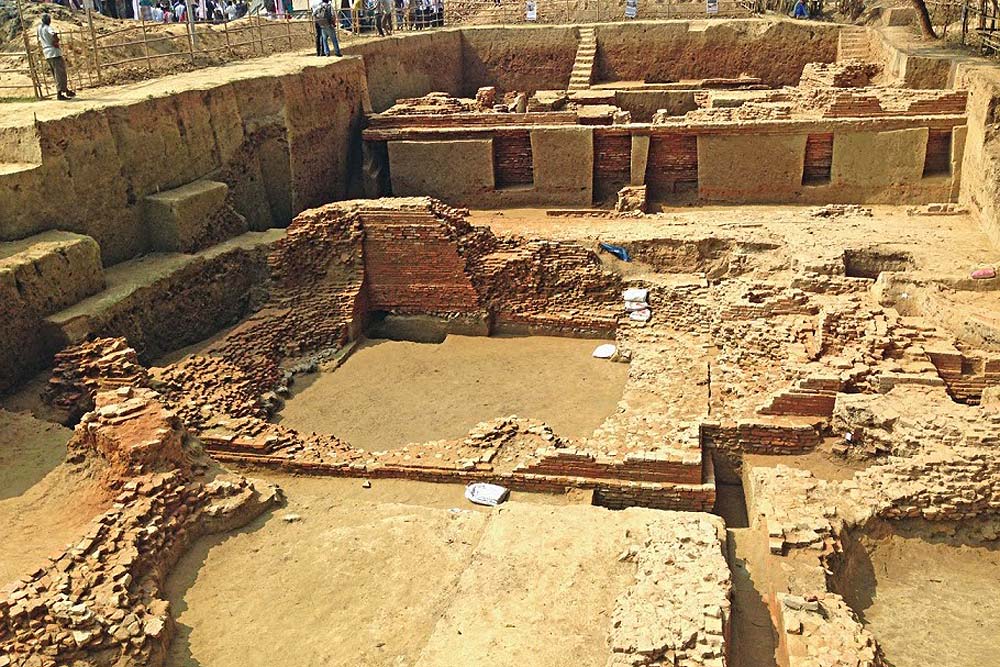 Archaeologists have discovered a millennium-old Hindu temple in northwestern Bangladesh believed to be established during the Pala dynasty, experts here said today.

"We found the temple, excavating an area in Bochaganj area of Dinajpur," leader of the excavation campaign Professor Swadhin Sen of Jahangirnagar University said.

He added the temple was believed to be built in between 8th and 9th century in this area which is now called Meherpur village of the Bochaganj sub-district.

Officials said the state-owned piece of land was leased out to local farmers for cultivation, who informed the university's archaeology team which was engaged in another excavation in a nearby area.

Sen said they found some terracotta plaques from a trench while the solid objects on the walls surrounding the temple were overly burnt.

Another member of the excavation team, Sohag Ali said they had detected idols and staircase of the temple and "we are working to dig those out".

The discovery came months after the same team unearthed a Buddhist temple, built around the same time at nearby Basudevpur village, the central edifice of which was built on a platform of 45 metres.

The Dhakeshwari Temple, the national temple of Bangladesh and one of the oldest in the country, was built in the 12th century by Ballal Sen during the Sen Dynasty which ruled the region after Pala kings and in popular notion the country's capital Dhaka was named after this temple.

Posted by Pradeep Singh at 3:37 PM